Finally we saw a train a bit outside the yard, which seemed to be ready to go out - it had a telltale red light at the back which all rolling trains have. We chased up the track and climbed onto an open carriage that was made to carry panes of glass. After sitting there for a while with no movement it started to rain, so we scouted out an open boxcar further along and climbed in. Finally it started up and we were Seattle bound. Night was falling as the train trundled to a halt in a very small yard near Kelso, Washington. When, an hour later, we still hadn't moved I went up to the front and talked to one of the train workers.

He told me that this was the end of the line for our ride and there wouldn't be another one coming through which would stop until 3 or 4 am. This was a little used yard, and we had been unlucky to catch a train that happened to end there.

Every so often a train would come charging through, traveling way too fast to hop. With a long wait ahead of us, Jeremy and Hans decided to crash out in the boxcar, while I decided to walk the 3 miles into Kelso and check it out. I got into Kelso, but there wasn't much happening, so I just had a beer in a bar and walked around. When I got back to the yard at around 1am everything had changed - the train was totally gone and there were lots of empty carriages on the different lines.

I walked down the yard looking in each empty boxcar, searching for Hans and Jeremy. Just as I was giving up, sure that they had caught out and I was abandoned without my gear in the ass end of nowhere, I saw a big curly head appear out of a boxcar door - it was Jeremy. They had spent the last two hours been shunted up and down the line as the workers broke up the train and rearranged the carriages. We hunkered down, waiting for our ride. Sure enough, at about 4 am, a train pulled in and stopped. We clambered into an empty boxcar and after the usual wait, we were off again, back on the track to Seattle.

Early the next morning we pulled in to the Seattle yard. We hopped off and made our way downtown. Again, Jeremy had friends there who we crashed with for a few days. They were amazed that we had made it by rail, and one guy, James, was particularly keen to try it. He was hanging loose there, so when we continued on our way, he came along for the ride.

The next stop was going to be Vancouver. We had been warned not to cross the Canadian border on a train. The Mounties searched them for illegal aliens on the Canadian side and it wasn't worth the hassle. The closest place was a town called Bellingham. We planned to hop to there and hitch across the border - if we overshot and found ourselves north of the border, we should walk the tracks back to the US side and cross by road further along.


The four of us wandered down to the yard. As we walked up the tracks a ford bronco appeared out of nowhere and a big, beefy rail cop jumped out, flashing his badge. He told us that we were trespassing and asked to see our IDs.

We gave them to him and he took down our names. I spun him a yarn about my grandfather, the Irish immigrant, working on the railway, and telling us all about freight hopping, and how we were following his route up the West coast. He gave us guff, generally, warning us about the dangers of riding the rails. Apparently, a notorious gang, the Freight Train Riders Association FTRA was everywhere, waiting to prey on poor hobos, to rob and murder them for kicks.

Download e-book Death Came A Hopping and A Fluttering

This gang is mentioned anytime the dangers of freight hopping is being trumpeted, and whatever the truth of its existence or reputed deeds, it is strange that it is invariably a cop or rail official who is talking about them. Suffice to say, four healthy men like us were very unlikely to be set upon in the manner the yard bull described.

Anyway, after about twenty minutes of brow beating, he told us to leave the yard, and our first run in with the man was over. We stood outside the gate, bummed out. As we talked about what to do next, a regular rail worker passed by. Jeremy stopped him and asked him where one goes to hop a train.

He told us to follow the tracks along and switch over to where the trains cross the river. There, at the red lights, the trains stop before going over the bridge. Off we went to where he had described and climbed down the bank. Sure enough, a half an hour later a train pulled up and stopped and we ran along and climbed on board. We ended up in the bottom of a "twin pack" a big open carriage carrying four sea freight containers stacked in pairs. Although it was open to rain, we could sit down and be totally out of sight. However, when we got going a problem arose: the brakes were badly adjusted and were rubbing on the wheels next to us and so were giving off a terrible smell.

Being made of asbestos, the burning brakes were also pretty toxic. To make matters worse, the metal sheeting around the wheel, which we were leaning against, started getting very hot. At the first stop, about half an hour later, we climbed out and ran up the train to find an open boxcar, which we did fairly easily. We settled in for the night in our bags as the train chugged on. Early the next morning we awoke with the train moving slowly forward. 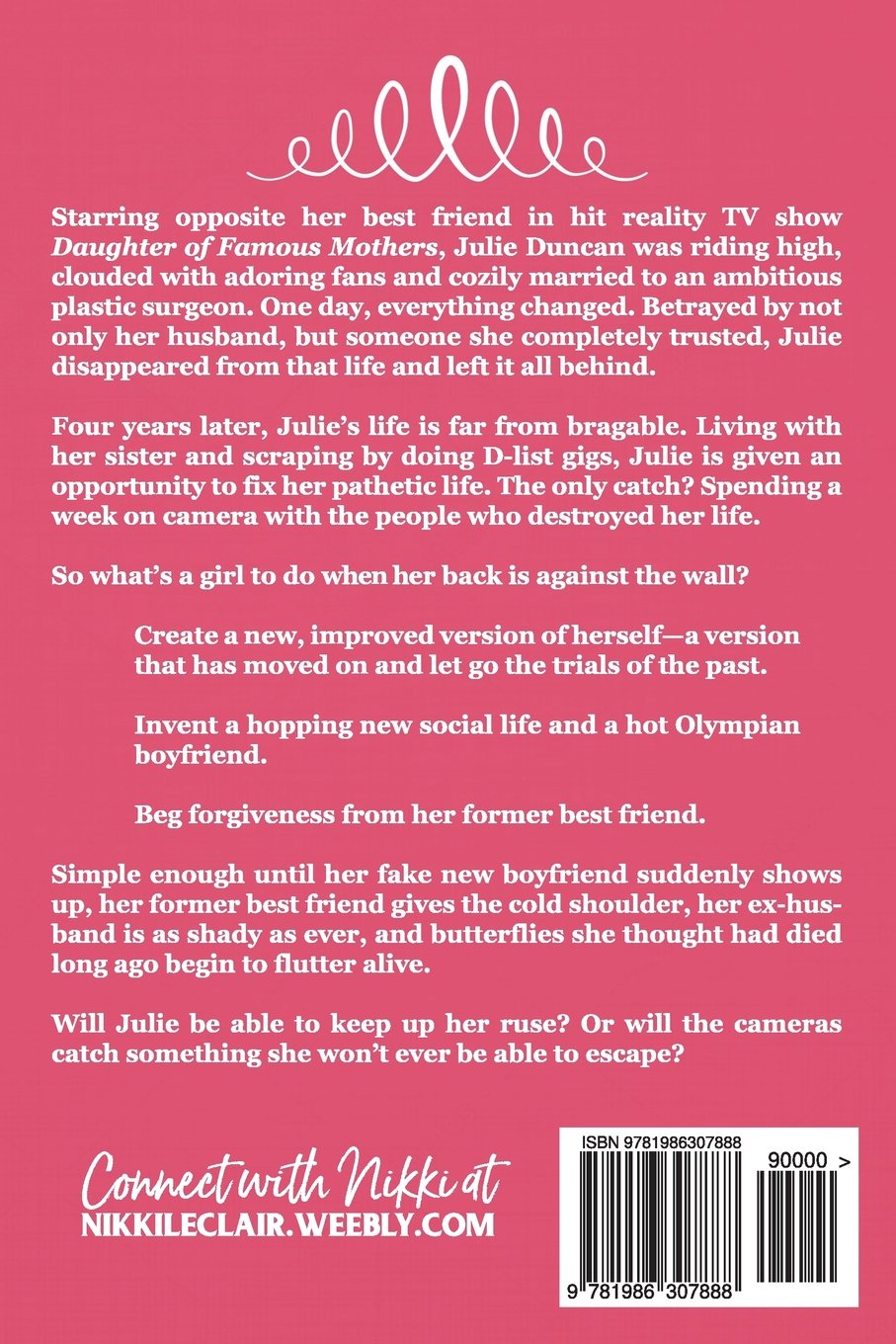 In front of us, a small lake passed by, birds fluttering around. After our hectic night it was a welcome return to the tranquillity of riding the rails. The train came to a gentle stop and we were in Bellingham, the last stop on the line for us. Off we jumped and trudged into town to hitch a ride across the border.

Two rides later, we were in Abbotsford, Canada. Unfortunately, it was off the Vancouver rail route, so we decided to take the Greyhound the last 30 miles. While we stayed in Vancouver we found out a bit about the trains passing through from some guys selling imitation Rolexs on the street.

Hans planned to split off to get to the Okonagan valley, where the fruit-picking season was starting - he was the only authentic hobo migrant worker amongst us. Jeremy, James and I were all heading towards my sisters house in Calgary.

The east and northbound yard was a few miles outside of Vancouver in a place called Port Coquitlam. We caught a city bus out and surveyed the yard. At the exit of the yard the tracks narrowed, so we went up there and hung out behind a small shed waiting for a train to come through. One came into the yard, passing us and as it passed we waved to the driver. Ten minutes later a yard bull drove up in his truck and found us sitting at the back of the shed.

He went through the usual drill about trespassing and checked our IDs. We spun him the same story as we did to the bull in Seattle and he was pretty cool. He told us that we had been turned in by the driver who had passed us and that he had no choice but to throw us out of the yard. However, he told us that what we were doing wrong was that we should be catching out at night! Cool as you like, the bull says "7 o clock. So our second run-in with the man proved to be even less trouble than the first!

What disturbed us, however, was that the driver had blown the whistle. This was a totally different scenario to the US - it meant that we had to be a lot more careful about being seen by the regular rail workers. Somehow this shifted the balance for freight hopping from being a relaxed way to travel, to being a more furtive endeavor. We speculated why it was so different in Canada - perhaps because one of the two train companies was state-owned or something.

We never really found out why it was, but it was generally accepted by those in the know that it is less hassle to hop south of the border. We hung out by the bar waiting for dark although we didn't follow the bulls advise and "catch a show". Later we trekked back into the yard, but now we were very wary and afraid to go down to where the workers were. Instead we hung around at the exit, waiting for a ride. A few trains passed, but at such speed that there was no way we could catch them.

Finally, at about three in the morning, we steeled ourselves and sneaked down the yard.